One Lord, One hope, One Faith 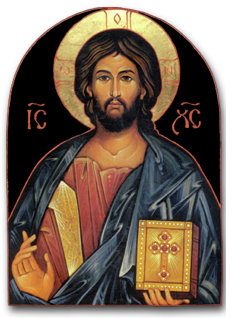 St Giles has people from a variety of ethnic backgrounds, and of all ages. We have members of all the local political parties. We have people who have worshipped here all of their lives, and others who have only just joined. Across the church services we have a variety of styles of worship

What unites us is our faith in the Risen Lord Jesus Christ.

As Christians we believe that God has revealed himself to his world in the person of the Lord Jesus Christ. That Jesus was more than just an ordinary man, but was in fact God in human flesh. As the bible puts it: Jesus is the visible image of the invisible God, (Colossians 1:15).

He came and lived among us, then died on a cross and three days later was raised to life.

Jesus came to set us free from the penalty and power of sin and death. Only through Christ and his saving death on the cross can we know forgiveness of sins and a personal relationship with the God who made us. As Jesus himself said:

God so loved the world so much that he gave his one and only son, that whoever believes in him may not perish but have eternal life. For God did not send his son into the world to condemn the world but to save the world through him.